Jake Graf – Artist Of The Month

You are here:
People 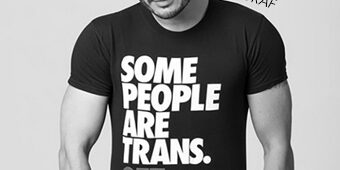 Jake is a writer and director based in London, aiming to make positive changes through the medium of film. He is currently working on an LGBT themed web series, a trans themed TV pilot, a queer themed feature,and is also this Summer’s FTM Magazine cover star.

His first short, XWHY, which he wrote, directed, produced and starred in, was nominated for The Iris Prize. Jake used his own transition to tell the story of the fictional transman in the film, something which had not been done before.

Brace, his second screenplay, which deals with issues of homophobia, gang violence, gender identity and self acceptance, has screened at 41 film festivals worldwide, was Jake’s second Iris Prize nominated screenplay, and won Best Short at Queer-Streifen festival, Germany, and the Kinsey Award for Diversity at the Bloomington Pride Film Festival, Indiana. Both XWHY and Brace have been used as educational tools in universities, media events, and hospitals UK wide. Brace has just been released online, check it out at https://vimeo.com/131741261

Jake’s latest film, Chance, which he wrote and directed, was also one of 5 films selected to take part in pioneering project #FiveFilms4Freedom, in association with the BFI and the British Council to promote tolerance and understanding worldwide. It was viewed online in 142 countries worldwide.

Goals with his work: